The South Africa flag design features a unique graqphic symbol designed by Frederick Brownell and approved by Nelson Mandela in April 1994 as the new national flag.

The flag of South Africa is the only national flag in the world with six distinct colors. There are different interpretations for the flag's colors, but it is interesting to note that the 6 colors together comprise the unified colors of the African National Congress flag plus those in the flag of the Netherlands and of the UK (red, white, blue).

Generally interpreted, the symbolic meanings for each of South Africa's 6 flag colors are: 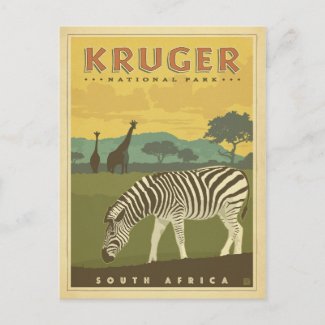